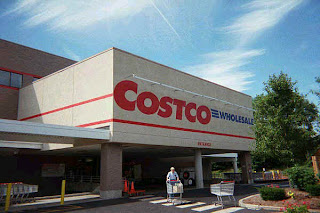 I'd like to say a few words about shopping at Costco, one of my favorite places to visit (and where I regularly spend a high percentage of my income). Outside of having such a great selection of products at great prices (provided you are willing to fill your residence top to bottom with huge quantities of toilet paper, paper plates, plastic trash bags, et al.), it is hard to match the excitement that is offered by this fine establishment.

Excitement? What can be exciting about going to Costco? Plenty, as follows: