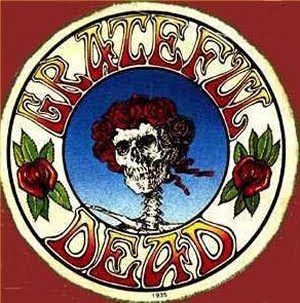 Lyrics to Black Peter :
All of my friends come to see me last night
I was laying in my bed and dying
Annie Beauneu from Saint Angel
say "the weather down here so fine"

Just then the wind
came squalling through the door
but who can
the weather command?
Just want to have
a little peace to die
and a friend or two
I love at hand

People may know but
the people don't care
that a man could be
as poor as me...
"Take a look at poor Peter
he's lyin in pain
now let's go run
and see"

It seems hard to believe that Zook (David) has been gone for one year. I have known that this day was coming for a long time but it still seems unreal to me that such a tragedy could have happened to such a larger than life person. I believe that Zook cited this song in what turned out to be one of his last blogs when he learned for the first time that his health was in serious jeopardy due to a serious aorta defect.

One of the hardest things to accept about death is that yes, life goes on without you. In fact, I just thought of a story that someone told me how, no matter how important you may think your existence is, what your existence really amounts to is the same as a hand in a glass of water. When I asked this person what she meant, she said that it means that when you put your hand in the water, and then take it out, at first the water swirls around your glass for awhile. Then....it slows down. Then, ever slower....Then, just a small shimmering of activity. And finally, after awhile, the water will just sit there in the glass...as if you never existed.

David was definitely someone who did not just stir the glass of water that represents life. He spilled it, threw it, shook it, even threw the glass against the wall, shattered the glass, and even did substantial damage to the wall!

I would like to think that if one of us had an inkling that this catastrophe was coming, we could have spoken to him, and, just maybe, been able to postpone such a cataclysmic event. But then again, would David have listened? Knowing David, he probably would have been doubtful, or even laughed at any of us for even making such a suggestion. Nevertheless, it's still nice to at least wonder about such a question which will never be answered.

Using the above Grateful Dead song as a reference point, I think that all of us who knew David could agree that David definitely was able to have "a little peace to die" and "a friend or two I love at hand" before his untimely demise. In reading the uplifting and happy parts of his blogs, and viewing some of his more emotional musical performances, such as his last performance, "I Wanna Fly," performed just hours before he died, we can view an artist who very much enjoyed his craft and poured his soul into his writing and performances. He also spoke at length of how he loved to play guitar and laugh into the wee hours of the night with some of his guitar-playing colleagues whom he had known since his college days.

Knowing that Zook had at least some genuine moments of extreme happiness, despite the darkness he seemed to fight throughout much of his life, can bring comfort to all of us who still cannot believe that he has been gone for one year.
Posted by Paw Prints at 10:18 PM 32 comments: