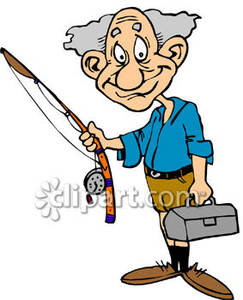 When I get older losing my hair,
Many years from now.
Will you still be sending me a valentine
Birthday greetings bottle of wine.

If I'd been out till quarter to three
Would you lock the door,
Will you still need me, will you still feed me,
When I'm sixty-four.

You'll be older too,
And if you say the word,
I could stay with you.

I could be handy, mending a fuse
When your lights have gone.
You can knit a sweater by the fireside
Sunday mornings go for a ride.

Doing the garden, digging the weeds,
Who could ask for more.
Will you still need me, will you still feed me,
When I'm sixty-four.

Every summer we can rent a cottage,
In the Isle of Wight, if it's not too dear
We shall scrimp and save
Grandchildren on your knee
Vera, Chuck & Dave

Send me a postcard, drop me a line,
Stating point of view
Indicate precisely what you mean to say
Yours sincerely, wasting away

Give me your answer, fill in a form
Mine for evermore
Will you still need me, will you still feed me,
When I'm sixty-four.


I just turned fifty-six, and my kids all had their birthdays in May and June, so I have had a lot of opportunities to consider the implications of getting older. I used to hate birthdays because they would simply be another reminder that I am getting older, with all of the negatives one thinks of when one thinks about being older: including, but not limited to, being less able, being physically ravaged, being easily tired, being burned out, leading a boring existence, having less energy, and so on. My brother's death four months ago, at age 43, changed all of that. Now I look at each birthday as a blessing, and I find myself caring less that I am getting "older."

For one thing, having three "kids," ages 25, 23, and 21, living in my house, keeps me young. As a parent, this is a great time, because my kids can hang out together, play basketball together, and, all in all, get along with each other about as well as they ever have. When they were little, my wife and I, like perhaps all parents with several kids close in age, dreamed that they would be life-long friends with each other. Then, as they got older, there were periods where such a long-term relationship seemed to be a silly dream of inexperienced parents. Now, that they are turning out to be handsome young men who conduct themselves well with most people and in most situations, I am just pleased that they are interacting with each other, for the most part, in a calm, mature and meaningful manner.

Also, interacting with my brother and sister feels a lot different now. Neither has said explicitly said anything about this, but I think that each one of us probably has a new identity: survivor. For one thing, we never dreamed that our brother would pass away at age 43 of "natural causes," although dying of congestive heart failure at such a young age hardly seems natural at all. Also, as our parents have turned 81 and 83 this year, we all realize that it is only a matter of time before we will again be thinking of ourselves as survivors; the survivors of the White family, which will eventually shrink from an original total of four siblings and two parents, by half, to only three surviving siblings. I think no one in our family thought that death would visit us so quickly; perhaps we thought it might have happened by now to our parents, who appear to be in excellent health, but are nevertheless at an advanced age where death can make a quick and unexpected appearance. This experience has had a sobering effect upon all of us.

Another aspect of getting older is the physical changes that this is supposed to bring. My deceased brother, at 43, looked quite youthful, and could have been easily mistaken for being in his 30's. My surviving brother and sister have also been blessed by the fountain of youth. I have joked for years with my sister that every year, when I see photos of her entering a riding contest, it is difficult to tell the difference between her and the teenagers who are riding their horses.

As for me, I have looked middle aged for years, as I started losing my hair in droves when I was only 22. My wife insists that I look the same year after year. I like to think that she is flattering me, but when I see photos of myself from ten or fifteen years ago, it is hard to see the difference.

Getting older thus can have a varied impact based on the individual. Some people in their 30's could pass for being in their 50's or 60's; on the other hand, we saw a guest on the Bill Maher Show last weekend who said that he was 42, and I thought that he could have easily passed for 22.

The other thing about age that stands out in my mind is how different "old" people look, to us, depending on our own age. I remember, when I was 18, how I thought that people who were 30 were old, and people of my own age, 56, were REALLY old (in fact, they might as well be dead).

For one thing, he has a heckuva lot more hair than I do. At age 18, I would have told you that the guy's hair looked terrible. Now, I look at that a lot differently, since I have no hair on top of my head (although my hair has a nasty habit of appearing on the back of my head, where I can't easily see it)

More important, do I feel "old," like the old fishing guy looks to me? No, in fact I know that I am much more knowledgeable, mature and wordly than I was at the age of 18. I am not sure who said the following powerful adage: Youth is wasted on the young. How true!

As I have said to my kids, I don't really believe that one gets wiser just because one gets older. I think it is more than that. Instead, I believe as one gets older, one has so many experiences that one starts to learn from experience, by spotting the same situations happening over and over.

Another thing that strikes me is that I have outlived a lot of people who were much younger than me, most notably, Michael Jackson. When he died recently, that was an incredible moment, which felt much like the death of JFK felt to me, as a nine year old, many years ago. I found out later on that the Internet was hit by massive shutdowns as a result of his death, which is hardly surprising. Although I was hardly a fan of MJ, and I am not one of the 1.6M people who applied for tickets to his funeral ceremony at Staples Center, I was, like everyone else, shocked and saddened by his death.

MJ's is truly a sad story: a person who was probably a genius at his craft, and was blessed by amazing talent, but also had a very sad life. He said that he never had a childhood, since his dad beat him into being a star at a young age, and it appears that this factor lead to his later abuse of drugs, and abuse of young boys. To me, the saddest thing of all is that, like Elvis, he is going to be doing much better financially now that he is dead, since, in life, he had massive debts, and limited income in recent years, but now, his estate will be the beneficiary of increased sales and interest in his legacy for many years to come.

It seems that in our country, we like to drag people down in life, and then have them ascend to sainthood in their death. I can accept that as talented as he was, he was, at a minimum, eccentric and a drug addict, and, at worst, abusive of other people in a variety of ways, including sexual abuse of children. It was said that for his childlike ways, he had his father's hard-nosed business sense, which led him to fire and rehire countless business associates over and over. Perhaps the worst abuse he engaged in was of himself, apparently dying as an emaciated, miserable figure that would take stimulants to motivate himself to continue to give great performances on stage, as he did in the nights before his death, and then take an overwhelming amount of narcotics to ease his physical and emotional pain. In summary, it appears that just as some people engage in suicide by cop, he engaged in the pathetic practice of suicide by rock star, following in the footsteps of other self-abusing musical giants such as Jimi Hendrix, Jim Morrison, and Janis Joplin.

As tough as it is now to be living in an era of terrible unemployment and misery around the world, I feel fortunate to be here, and I am grateful for what I have. However, I must admit that I am sad that I have three kids that are living in a world of diminishing resources. Just as we have made tremendous strides in technology, with fantastic inventions such as the Internet and the Ipod, which have changed our life so much, we are seemingly going backwards in the necessities of life, as millions of people are unemployed. My hope is that, from the ashes of the present state of the economy, highlighted by a state, California, which is presently unable find a workable budget, the fortunes of people in America, and around the world, will rise once again as a new generation of brilliant innovators finds a way to create value out of the present void.